Carbondale Pennsylvania Police Dept has refused to stop utilizing a altered U.S. Flag they are using on their facebook page,  instead removing reviews pointing out why using this flag in this manner is against U.S. flag code and a insult to many service men and women who have lost their lives honoring the U.S. flag. Flag code reads:

The flag should never be used for advertising purposes in any manner whatsoever. It should not be embroidered on such articles as cushions or handkerchiefs and the like, printed or otherwise impressed on paper napkins or boxes or anything that is designed for temporary use and discard. Advertising signs should not be fastened to a staff or halyard from which the flag is flown.

So Carbondale P.D. had a opportunity to read hundreds of comments asking for their  altered flag used on their facebook page to be changed, there are several versions of Blue Lives Matter flags that do NOT go against the U.S. Flag Code. This is NOT anti-police rhetoric as Carbondale P.D. posted when they decided to close down the reviews and comments down due to so many people asking them NOT  to use a flag that offends many service men and women who have sacrificed to protect and honor our American Flag.

This is NO DIFFERENT then burning the flag, should black lives matter alter our U.S.Flag? How about Clowns lives matter should they have their version of a alter U.S. Flag?  Where does it end? THE U.S. FLAG IS SACRED LEAVE IT THE HELL ALONE!!!!!!

So they remove every comment that mentions the issue with bad reviews was due to the fact they are violating the U.S. Flag code, instead saying Anti-police groups where needlessly attacking them?  So now all you have is people that have NO idea what this is all about get to comment saying how cop haters ruin everything and NOT ONE COMMENT regarding freedom of speech or the fact this was ALL ABOUT CARBONDALE P.D. REFUSING TO RESPECT OUR AMERICAN FLAG. Instead of bringing people together as this is a very VALID CONCERN, they turn it around to cause even more division and hate. 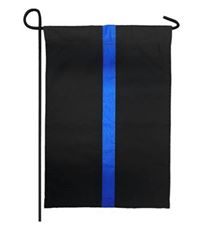 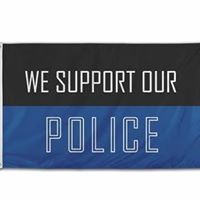 Drunk Sheriff to Deputy: “You Can’t Take Me to Fucking Jail. I’m a F’n Sheriff”